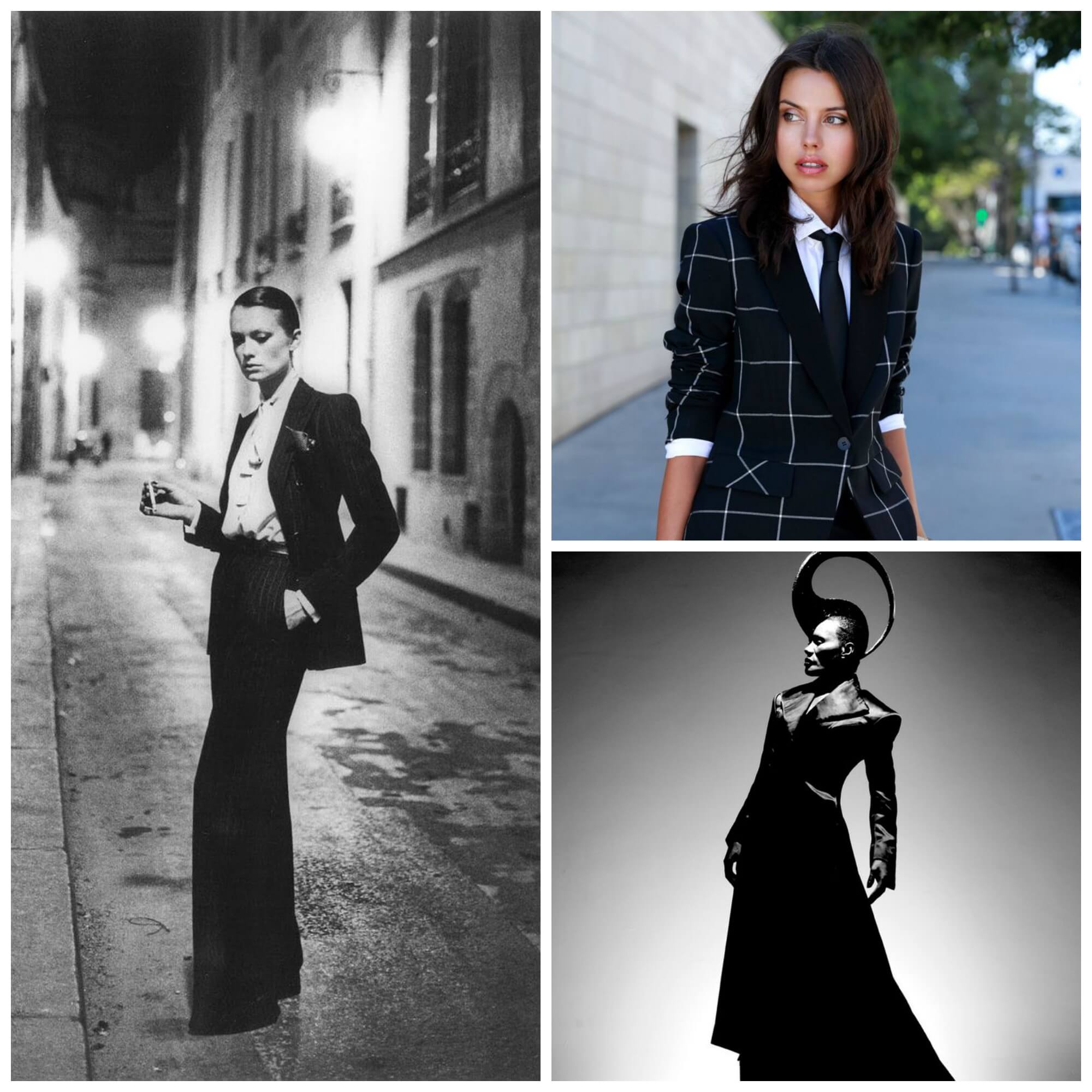 It’s hard to believe that women used to be confined to wearing corseted dresses and skirts, with controlled choices and harsh restrictions. Women were expected to wear “lady-like” garments that highlighted their femininity, defining identity. Thankfully, women would see a fashion revolution that included more freedom in terms of what they could choose to wear. Through celebrity influences that re-imagined dressing, fashion designers creating cutting-edge pieces for women, and the evolution of what it means to be a woman, we have been “borrowing from the boys” and redefining the norms surrounding femininity and masculinity, as well as sexiness and style.

From left: A menswear-inspired look from the 1920s via Beautiful Century; Twiggy rocking a suit in the 1960s via 1960s Fashion Style; Gary Graham Spring 2015 Androgynous look via Style.com

We can trace back the emergence of women’s freedom to choose how to dress back to Queen Elizabeth I, when her reign contributed to less forbearance on women’s dressing. Fast forward to when Katherine Hepburn was dominating film in the early 1900s in menswear, and even to the World Wars, where women tended to wear more trousers and comfortable attire as they began entering the work force. In the 1960s, all the way to the 1980s, we saw many iconic talents in the entertainment and fashion industries take on new gender-neutral styles and boost their popularity. Gender barriers, as well as traditional gender roles, were evolving at that time, and so it seems fit that those shifting ideals would translate into fashion; a tool many use to communicate who they are.

From left: Marlene Dietrich in the 1930s via We Had Faces Then; Diane Keaton as Annie Hall via The Window; Tilda Swinton in an androgynous look via For-Redheads.

Who can forget the especially talented Diane Keaton in the 1975 Woody Allen film Annie Hall? With her white button up, vest, beige trousers, tie, and black cap, she made borrowing from the boys look effortlessly cool. There are variations of this outfit still being worn by women to this day, and furthermore, so many women who contributed to this movement. We can thank Coco Chanel for redefining women’s fashion by creating trousers, women’s suits, and inspiring a legion of independent women celebrating their newfound freedoms. Yves Saint Laurent’s Le Smoking suit also emerged in the 1960s, which proved how sexy a woman could look wearing what was formerly known as men’s professional dress. Actress Marlene Dietrich was a 1930s icon whose beauty always shined through her menswear-inspired looks. Tilda Swinton is another stunning actress who has donned some spectacular androgynous looks, inspiring others with her thoughts on gender definitions. From left: A modern and sexy look with boyfriend jeans via Style Caster; Emma Watson in a modern women’s suit via ELLE; A boyfriend-style vest via ELLE

When Audrey Hepburn sat on her couch in her apartment in an oversized men’s dress shirt in Breakfast at Tiffany’s, she looked sexy, stylish, yet easy-going. This was a moment in film that played a role in women taking their boyfriend or husband’s clothing and wearing it themselves. Not only do women still rock their lover’s dress shirt, but there are pieces of apparel made for women that are specifically inspired by men’s clothing. For example, boyfriend jeans, which tend to be somewhat distressed denim that hangs loosely on a woman’s legs, and are sometimes cuffed at the bottom. There’s also the boyfriend blazer or cardigan, which tends to fall at the middle of a woman’s thighs, has less structure, and creates a looser silhouette. We can also see women’s watches with larger faces and bands that resemble a man’s watch, as if she grabbed it off of his dresser before she left the house. Celebrities and fashion insiders alike often merge these things into their outfits, making themselves prominent on best dressed lists everywhere. Current runways have blended menswear elements into womenswear for the past few years, and it seems it’ll be a trend that will stick for seasons to come. Women will always have the option of wearing a pantsuit, pleated trousers, button up shirts, and pieces with less constriction. The Spring runways saw designers such as Jason Wu, Alexander Wang, Emilio Pucci, and The Row modernize these gender-neutral ensembles or take aspects of menswear and put them into their designs. We’ve seen these styles get sexier, blurring the line even further between what’s masculine or feminine in fashion. These days, it’s more about what makes a person feel confident and beautiful, regardless of which gender the garment was originally created for. 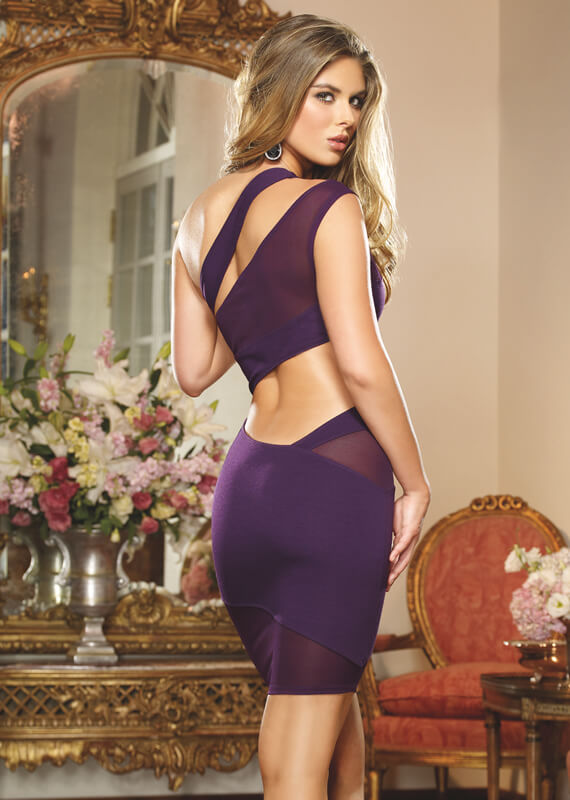 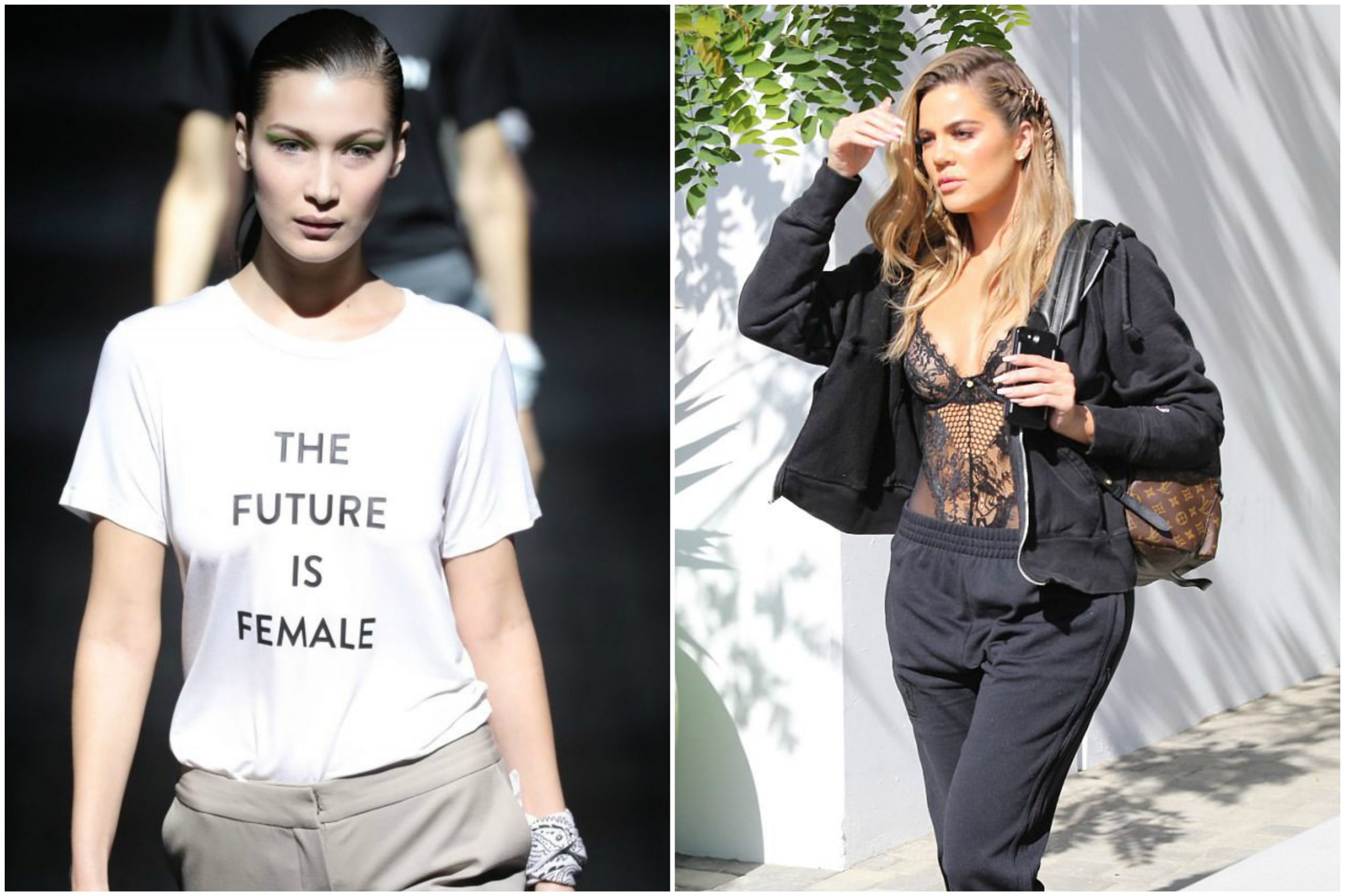 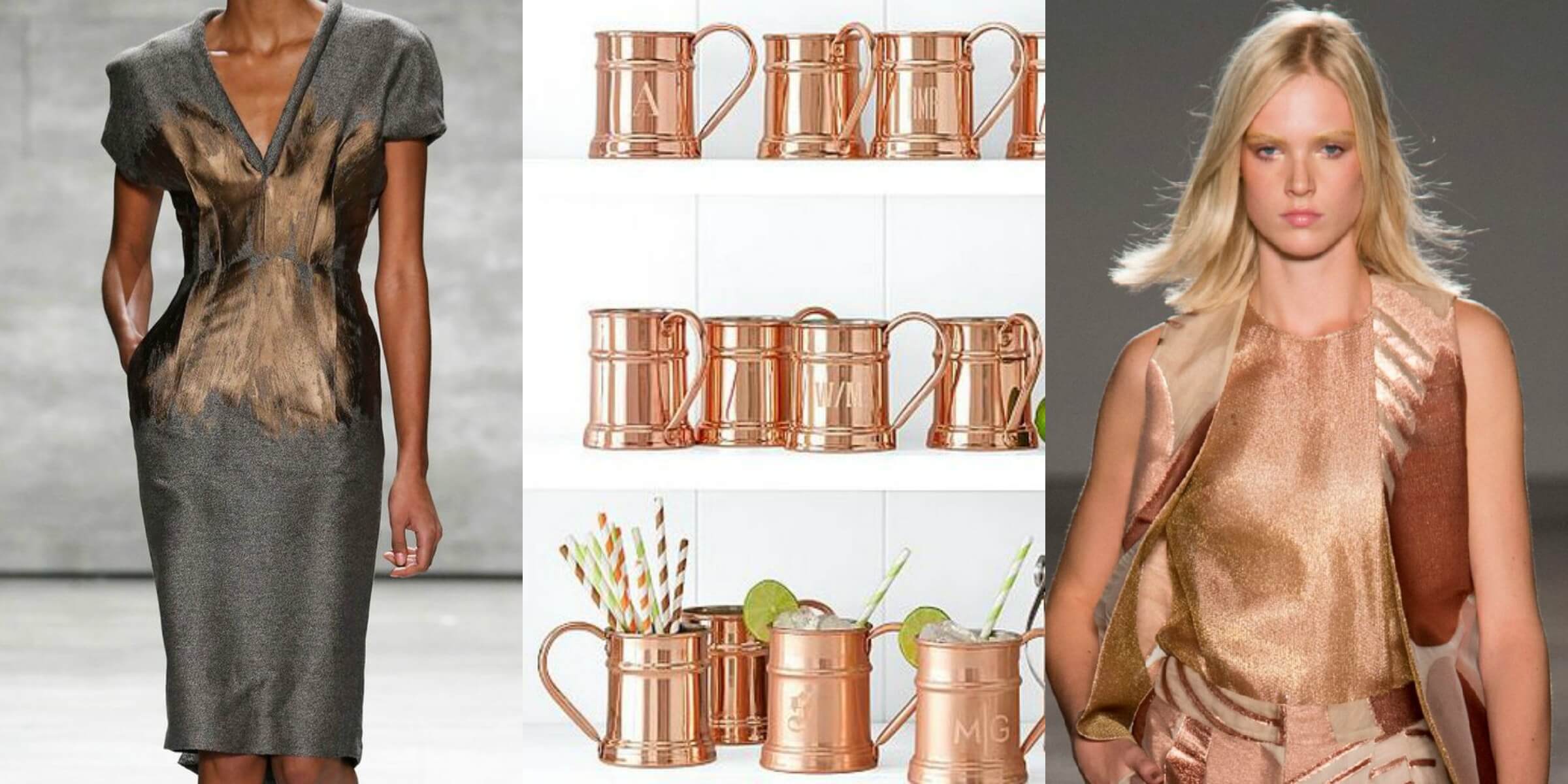