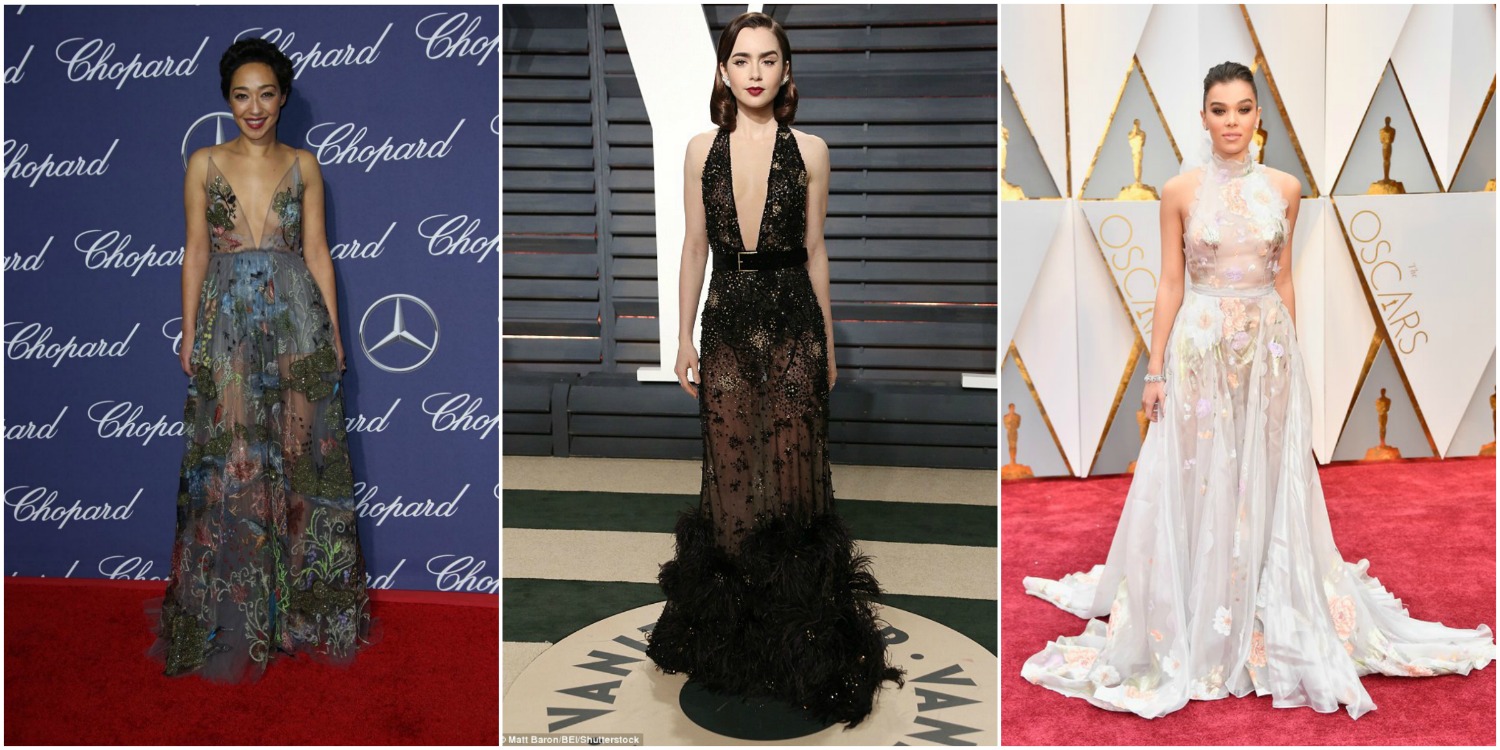 When you want to show off that fabulous body and still leave a little bit to the imagination (or show off your amazing lingerie) – go sheer!

This red carpet season has proved that sheer elegance is the modern way to show some skin. It also lets you show off some sexy lingerie, which we’re totally into! Recently, at the 2017 Met Gala, we saw the Jenner sisters pull of two sheer looks on opposite ends of the spectrum. For example, Kylie Jenner played the very subtle, elegant card in a blush Versace gown, adorned with fringe, glitter, and embroidery that concealed much of her skin. You can see a nude bodysuit underneath, with her legs showing in all their glory! Kendall Jenner in a La Perla design via Mirror

Her sister Kendall Jenner went full out in a La Perla sparkly dress with a sky-high slit that was pretty much completely sheer, save for a thong bodysuit insert. It was quite risque for the event, but there’s no denying the supermodel pulls it off.

Julie Bowen at the SAGs in J. Mendel via The Fashion Spot; Kristen Wiig in Reema Acra at the Golden Globes via X Dressy

Sheer doesn’t always have to be provocative; soft fabrics like lace or delicate embroidery can turn into quite the ethereal look. Julie Bowen wore a sweet white J. Mendel gown to the SAGs with intricate applique and line work, with just a nude bodysuit underneath. Similarly, Kristen Wiig attended the Golden Globes this year in a very sweet Reem Acra gown, adorned with pretty florals over a nude slip.

But when celebs do want to get a little bit provocative, it can be done so well. Chrissy Teigen in Roberto Cavalli at The Grammys via The Sun

The oh-so-sexy Chrissy Teigen was a stunner in Roberto Cavalli at the Grammy’s. The gown had strategic cutouts to show a bit of skin, while the rest was fairly sheer. It managed to be sexy and edgy but not over the top, and it showed off her killer body.
So the next time you’re shopping and you see that dress that has sheer qualities, don’t be afraid to try it! All you need are a few essentials to wear it on your next date or girl’s night out!

Have a little slip in nude or black, like the, Mid Length Microfiber Slip from Montelle, and you’ll never go wrong when choosing a sheer dress. It’ll cover what you need to and will pull the look together beautifully.

If you want to get a bit friskier, a bodysuit or teddy is another great choice. Try a lacy one like the Brandy by Arianne and you’ll be red carpet ready! You can even try a shapewear bodysuit from Cybele to showcase those curves.

You can also try a little bralette, like this Blush semi-sheer number, and a high waisted Triumph panty to get a similar effect to a bodysuit.

So are you going to go sheer the next time you dress up?

What To Do With Your Wedding Dress After The Wedding » 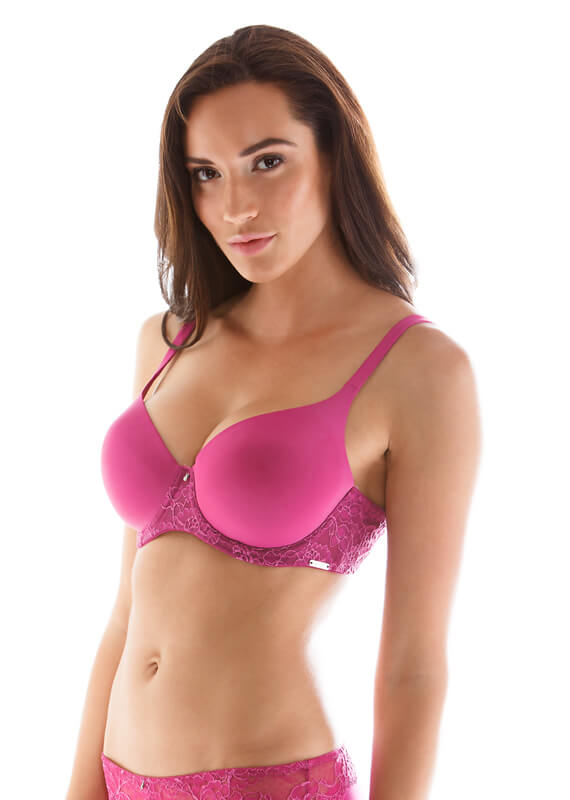 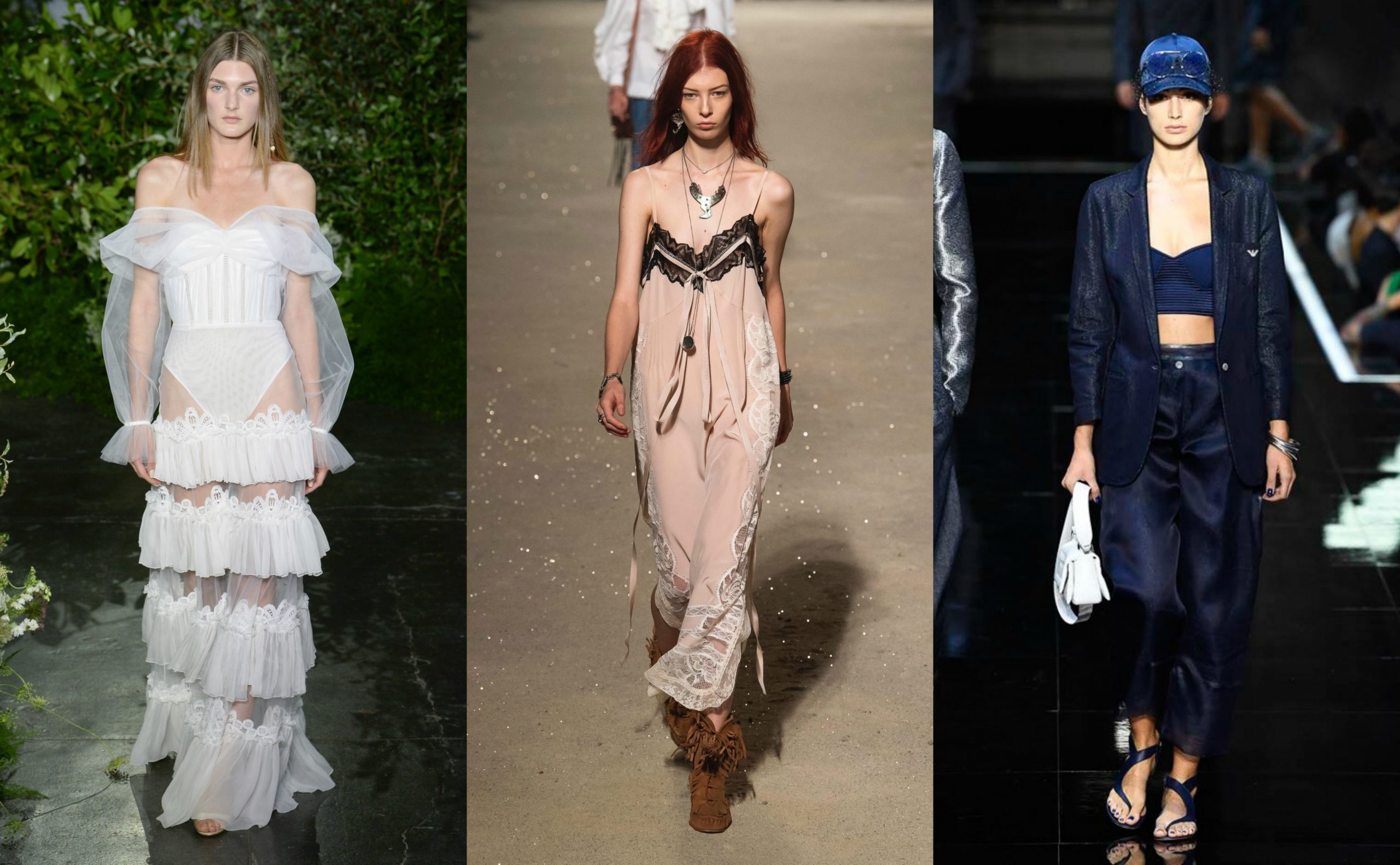 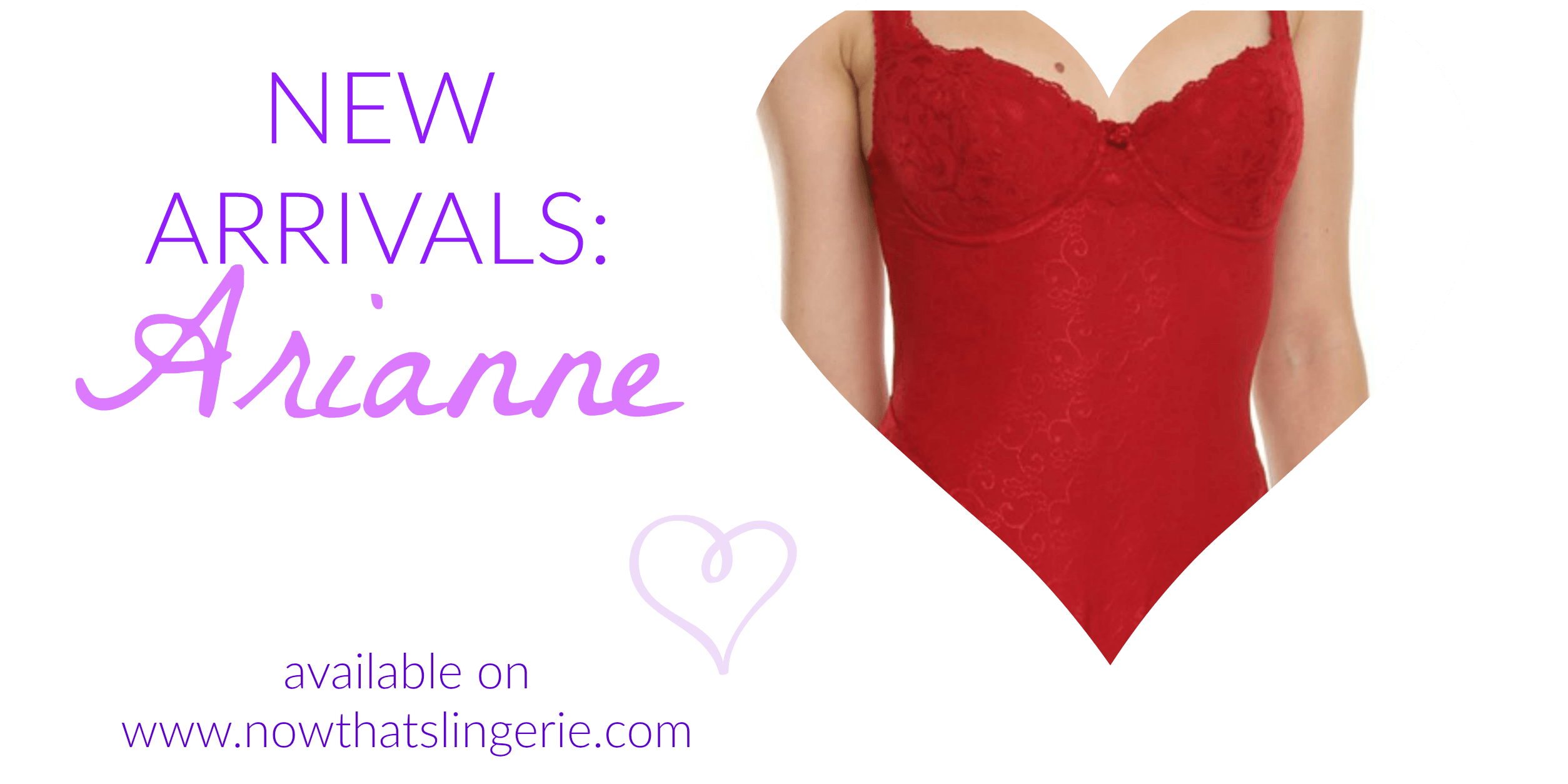