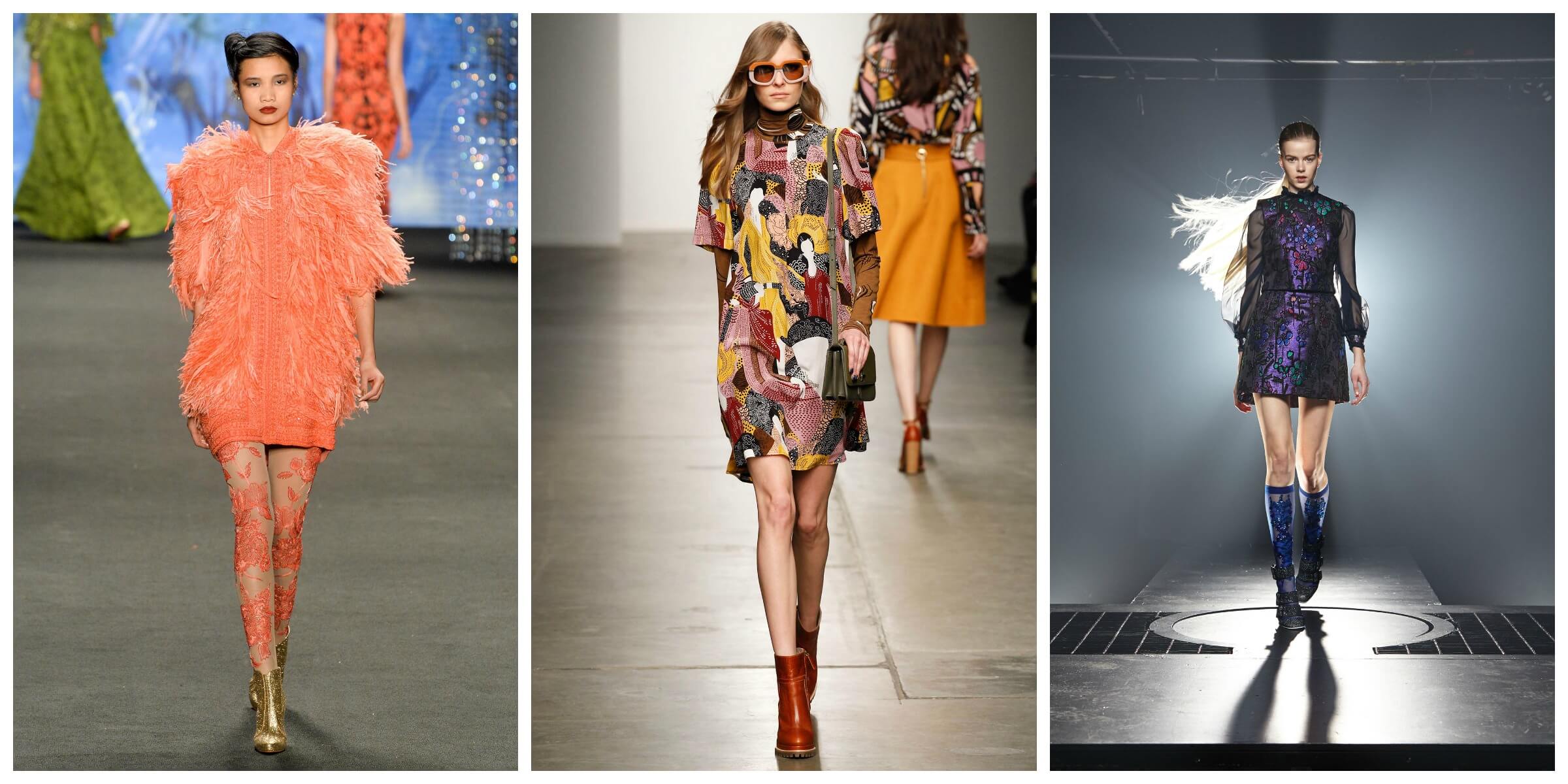 It’s hard to get excited about Fall 2015 when we’re still shovelling snow every day, but it doesn’t mean the runways at New York Fashion Week aren’t going to try and change that. Fashion always tends to stay ahead of the seasons, and so the Fall trends we’ll be seeing in shops soon have already graced the catwalk. Many of our favourite designers put forth risky and innovative pieces, bringing to light some novel trends, and revitalizing existing trends in new ways. Here are some of the highlights of New York’s Fall 2015 fashion week. Typically thought of as being dated or constricting, the turtleneck is back full force and making its impression on fashion editors. This Fall, the turtleneck is done in an exaggerated way, with a larger area allowing for a little more room to breathe. Many designers, such as Brandon Son and Tracy Reese, used the turtleneck as a layering piece, while Alexander Wang incorporated the neckline into a cool dress. A seventies influence was prominent in Spring fashion, and it’s continuing into the Fall. We see hippie chic looks from designers like Anna Sui with lots of layers and texture, and some classic cool looks by Rodarte and Michael Kors. The seventies were such an iconic decade in terms of creating trends that have yet to fade. There’s no easier way to feel like a rock star than to slap on some seventies-inspired or vintage garb. It seems that the minimalist, monochromatic look is starting to slip away and prints are back in. Wearing the same print in a top and a bottom might seem like a difficult look to pull off, but designers Kate Spade and Alice + Olivia proved just how powerful a matching print can look once it’s executed. If it’s not your thing, consider picking up a vibrant print to pair with your basics. Herve Leger made some strong dresses in print, as did Nicole Miller in a wilder look with mixed prints. If you’re thinking about one new piece to add to your wardrobe, it should be a jacket. A long jacket or trench could be seen in almost every runway show for Fall. From an elaborate print like Creatures of the Wind, to a bold stripe from Alice + Olivia, the options are going to be endless and from one extreme to another. Mara Hoffman showed a classic camel trench, which will always be an autumn staple. Colour blocking is a structured, edgy play on colour, and a lot of dresses that went down the runway featured this modern design. Many of us may think of colour blocking simply in black and white, like J. Mendel’s gorgeous dress, but lots of colour was incorporated into brighter looks by designers like Milly and Lisa Perry. Colours were also traveling in lines in all directions on these new frocks, making them a standout piece. Feathers were infused into fringed looks, taking a new approach to the popular trend from Spring. Channel your inner Tina Turner in spectacular looks from Lela Rose, Marchesa, or Tadashi Shoji. An element of fringe or feathers that make the textures so appealing is its movement, and on a crisp Fall day, the wind will make it flow and get you noticed. For a colour that is so universally flattering, purple hasn’t been on trend very often in the last few seasons. However, designers such as Charlotte Ronson, Diane Von Furstenberg, and M Missoni put the girly hue into some brilliant dresses and outfits. Not only is purple the colour of royalty, but it’s a warm shade that tends to look wonderful on a variety of skin tones. Purple is already popping up in shops, so get your hands on a purple piece and be ahead of the game for Fall. (It’s also our NTL colour!)

Which trend from the Fall 2015 runways was your favourite? 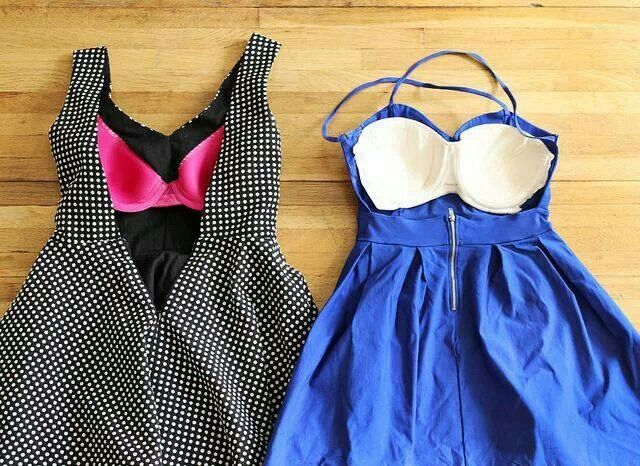 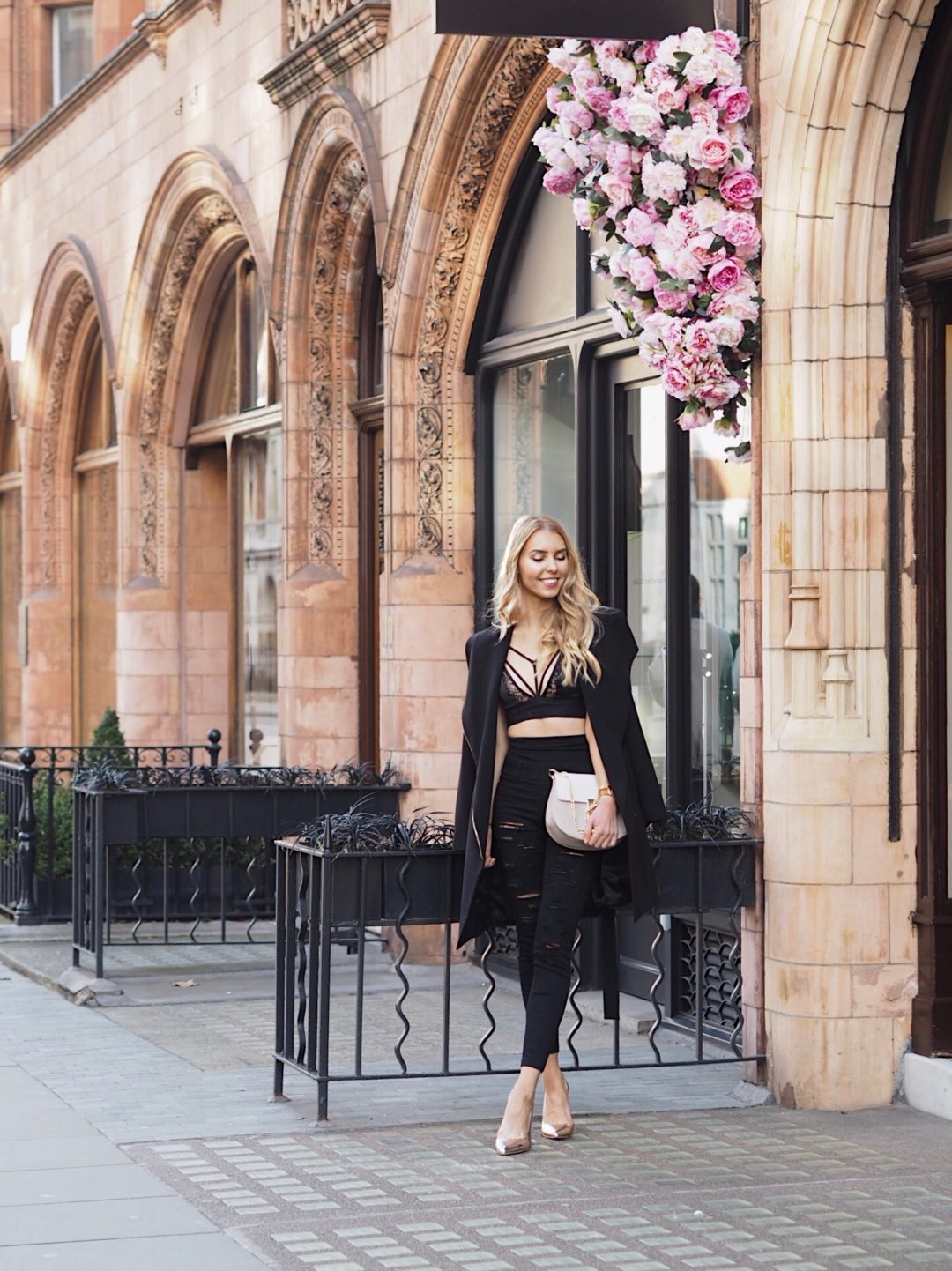 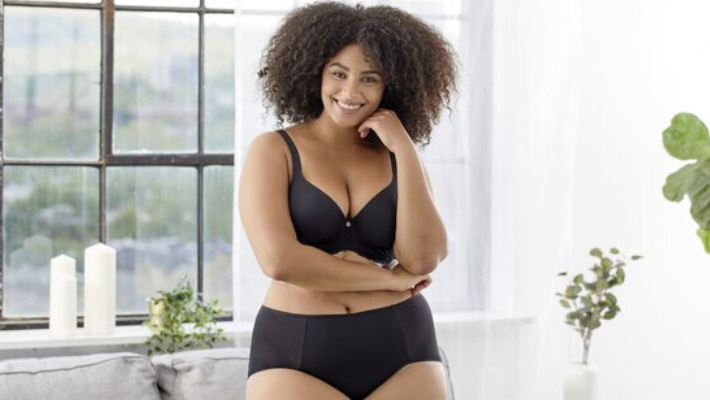