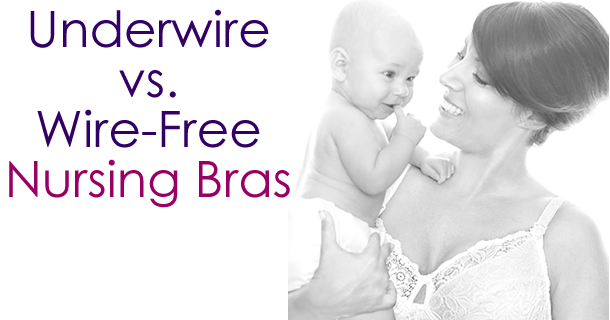 A recent pregnancy in my family has endeared me to certain topics that every woman who wishes to be a mother must face – like whether their nursing bra should have underwire or not.  This topic is important to consider for mothers-to-be, whose bra sizes seem to be constantly fluctuating.  Now That’s Lingerie and their Bra Doctor focus on helping  you choose the correct bra to wear during gestation and nursing periods.  Here’s the latest on the debate over what choice of bra that women want to wear while during the physical changes that are occurring before and after the miracle of birth.

A rumor is widely circulated that underwire in bras for women isn’t healthy-to the point of being one of the causal reasons for breast cancer. According to Scientific American’s web site, they describe what started that ugly pattern of thought, and let us know that there is no provable scientific evidence to suggest that the rumor is true. “It all began in 1995 with a book called Dressed to Kill, in which Sydney Ross Singer and Soma Grismaijer, a husband and wife medical anthropologist team, claimed that women who wore tight-fitting bras all day, every day, had a much higher risk of developing breast cancer than those who went au naturel. The authors claimed that by inhibiting lymphatic drainage, bras trapped toxins in the breast tissue, which caused cancer.  According to critics, however, the bra-caused breast cancer theory is not supported by sufficient evidence. Scientists say the research of Singer and Grismaijer failed to exclude confounding variables such as the presence in some women of known risk factors for breast cancer. Thus, the notion of a correlation between wearing a bra and breast cancer does not appear to hold up.”

However, there are definitely some things that need to be discussed before considering purchasing an underwired nursing bra.

Underwires are acceptable for women who are breastfeeding, as long as the right fit is taken into account. Underwires can be painful, and can hurt the glands that produce milk if the fit is too small or the diameter is narrow.

If you are already a fan of underwired bras for comfort and fit purposes, and have taken into careful consideration your correct size, there is no reason why you can’t continue your love affair with the extra support. Just make sure to do a double-check of your growing cup size and your needs for the next several months.  If you’re not sure of your size, the Bra Doctor can help you with finding the right fit for you and suggest certain bras that will accommodate your new size and special bra fitting needs. (Click here to view charts and info on how to measure your bra size.)  While you are making sure that you are covered adequately, take the time to see this underwired lacy nursing bra by Change of Scandinavia (click here for a review on this bra and NTL by Little Miss Mama Tairalyn).

As with any garment choice, women have the right to choose comfort and personal taste in the selection of their nursing bra during the breastfeeding stage. Ladies who are averse to wearing underwire bras, or simply didn’t require (or wear) the wire support before they become pregnant, have the right to continue in that vein after baby is born. Underwire is not for everyone, and women have been wearing lingerie for generations before the advent of the wire. If this sounds like you, don’t worry!  The nursing bras available today supply plenty of support for you in the soft cup category. Correct sizing is still a must, whether you wear a wire-free bra or an underwired bra. Just because there is no wire to prod into sensitive glands, it doesn’t mean that correct cup choice and band width aren’t as important for you as for women who do opt to wear underwired bras.

Ladies, make sure to refer to the sizing link above to find your correct bra size for yourselves as well to get the utmost comfort and use out of your bra – you deserve nothing less! There are plenty of choices for you as well, including this beautiful soft cup nursing bra by Warner’s Lingerie.

Whatever you chose, make sure that the fit is right for you. And congratulations to you and your family for the beautiful gift you are about to usher into the world!

How to measure your bra size:
http://www.nowthatslingerie.com/en/how-to-measure-your-bra-size.php

« Flattering Lingerie For Your Smaller Bust 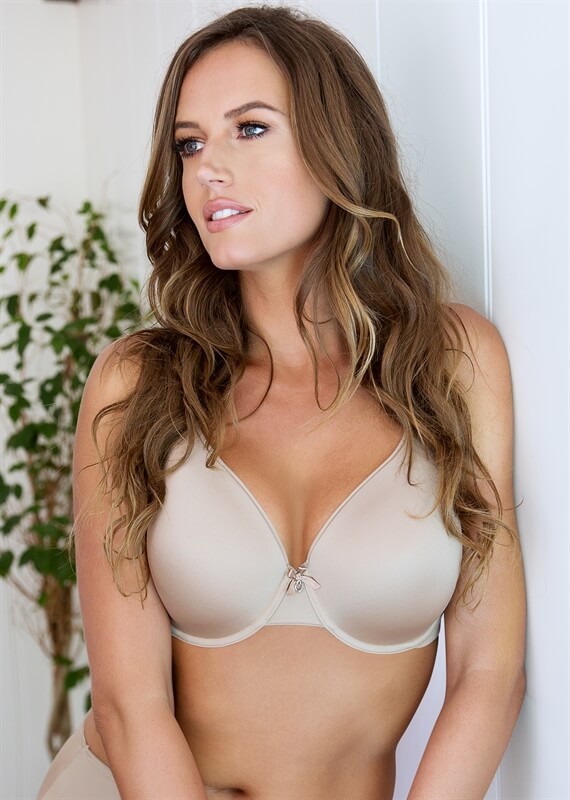 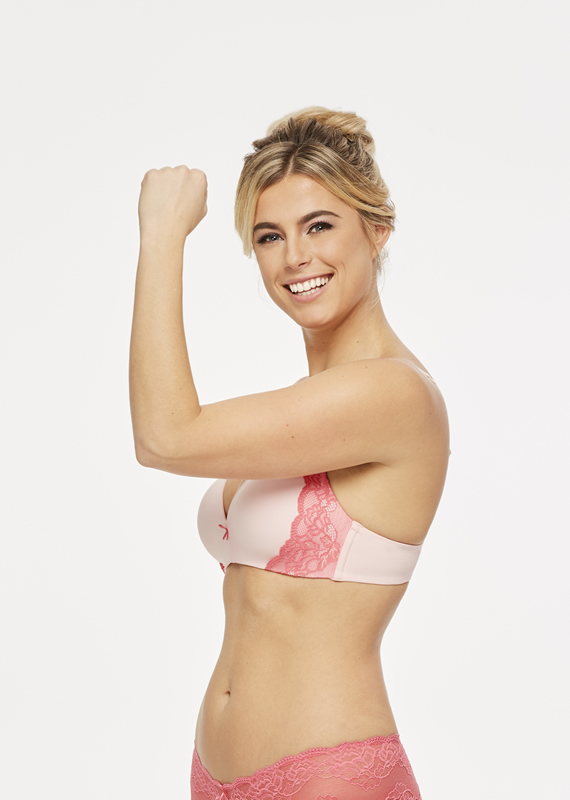