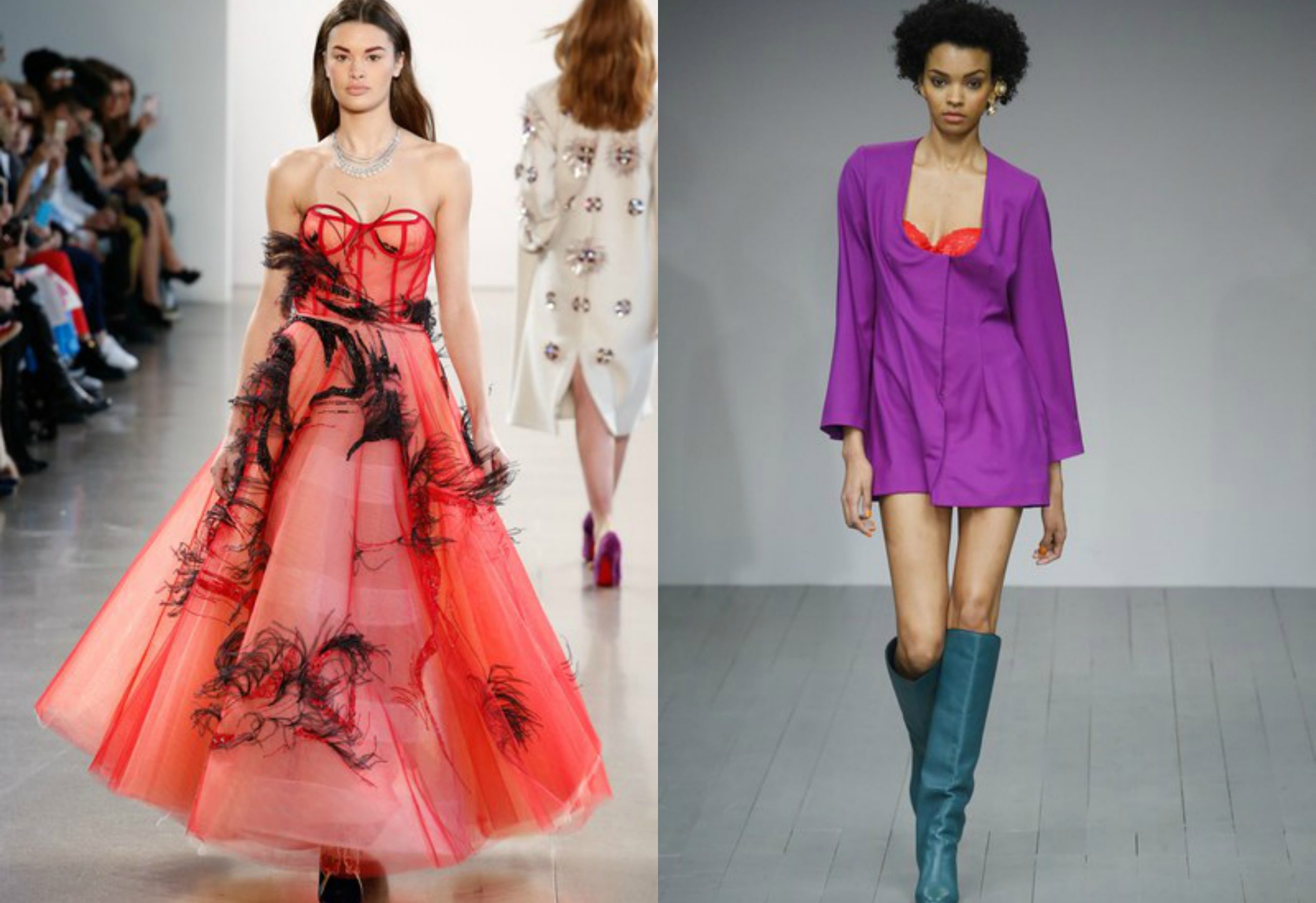 The final model has walked the runway at Fashion Week, and as she left the stage, we were blessed with new trends and outfit inspiration to dream about this year.

Amongst many of the trends we can expect to shop this year was, of course, clothing inspired by our favorite underpinnings. We also saw some lingerie incorporated into looks we can only dream of wearing.

Create your own runway look with inspiration from some of the best lingerie looks from this past Fashion Week. A slip inspired dress is a simple yet sexy trend anyone can get behind.

This brilliantly purple sparkling floor length dress from Emilia Wickstead would be the perfect lavish touch to any formal event. Jakubowski’s show was full of imaginative ways to show off a bra under trenches, suits, dresses, and so much more.

What was so refreshing about her interpretation of lingerie dressing is the contrast of color. We often see black bras exposed underneath clothing, but what about an orange bra under a purple dress? Yes please! Show off the bright and beautiful Gatsby At Night Balconette from Montelle under a colorful dress or suit!

If you’re ever wondering how you could ever wear exposed lingerie in an everyday situation, we think this Bottega Veneta look can help.

A sheer top, a slinky pencil skirt, and a cool jacket is an outfit that shows just a little hint of a very spectacular bra. The Lacy Dainties bralette from Fleur’t is way too cute not to show off!

Even one of the most iconic brands knows the power of sheer dresses.

This beautiful black dress from Halston Heritage has a built in bandeau to cover the bust and a slip-like shirt with a sexy little hip cutout. It’s a chic mix of showing off your body while also staying covered up. Recreate this look with a sheer dress and the Body Make Up Essentials Strapless Bra by Triumph – just take the straps off! Whoever said wearing your PJs in public is inappropriate sure needs a wake up call.

As comfort becomes more and more stylish, so too do silky coordinating pajama inspired sets like this purple Peter Pilotto number. The contrast of the red rope belt is a cool way to add shape and polish to the look. A chemise inspired dress and boots? What an edgy look to transition from Winter to Spring!

While the genius that is Michael Kors created boots with the same pattern as the chemise dress, we like the idea of pairing something so dainty and feminine with something so rugged. A cool pair of black combat boots would do the trick. First of all, bravo to Christian Siriano for being such a trailblazer – he’s a huge reason why so much diversity is being shown on the runway.

We also love this powerful monochromatic look he created with an all black ensemble, featuring a sheer high neck top with a black bra showing through. It’s elegant, sexy, and perfect for any body type! If you’re busty and want to pull off this look, the Carole from Parfait fits up to a G cup! A deconstructed, non-constricting bustier is a chic way many designers have incorporated the beauty of lingerie into fashion.

This beautiful red gown from Bibhu Mohapatra is just one example of how the exposed cups and boning inspired by a bustier can add a dimension of sensuality to even the most luxe gown.

Which of these looks are you going to recreate?

« Read This Before You Buy Your Wedding Dress

Fashion Hacks That Fit In Your Handbag » 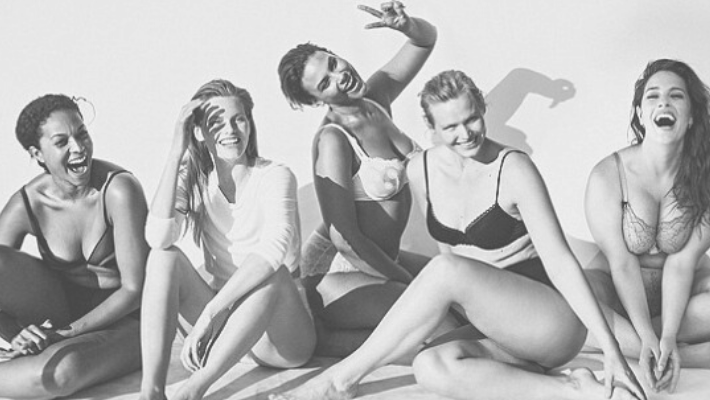 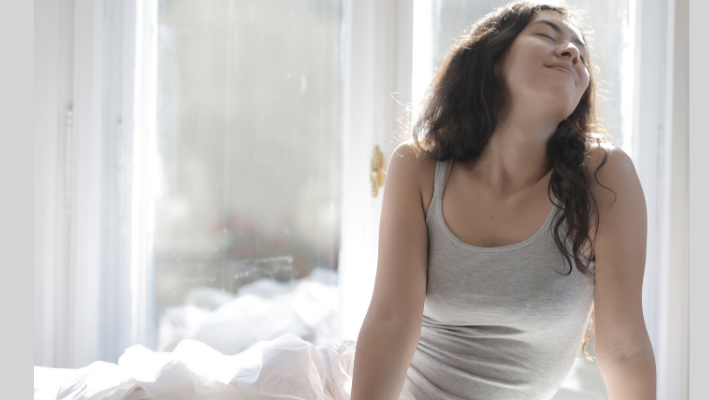 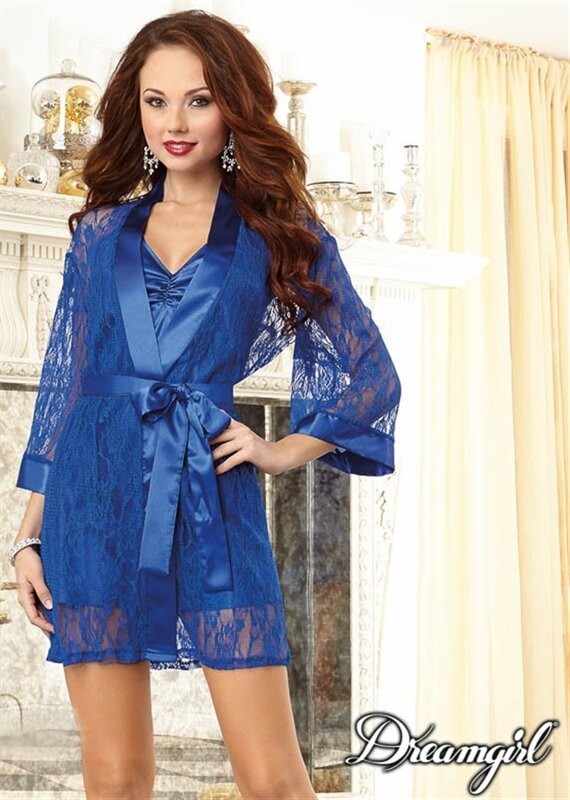