So the modern bra as we know it really kicked off in the 1960’s when the first real strides in stretch fabrics were being made (my previous log entitled ‘The Stretch Revolution’ covers this). The development of the miracle fiber “Lycra”, it’s elastics that didn’t rot and collapse with wear and the use of lighter and more easycare fabrics led to a revolution in bra technology. Had it not been for The Second World War the technical development of bras would have happened a lot sooner. Even though underwires first appeared in the 1930’s they didn’t become widespread until the 1950’s when metal was no longer needed for the war effort. Similarly elastic components were limited because of the vast need for nylon (for parachutes) by the military, adjustable straps weren’t even seen on bras until 1942. It was many years before restrictions on metal, elastics and nylon were lifted and could be used fully for civilian clothing. By the 1950’s new, well designed bras appeared , made by companies such as Maidenform, Berlei, Loveable, Warner’s, Silhouette and Playtex, and they were perfect worn under the new tight fitting sweater styles in fashion at the time. Long line bras descending to the waist were very popular to keep the midriff in control. It was possible to smooth away lumps and bumps with power elastic or rubber foundation garments termed ‘reducers’. It was common to wear a long line bra with a girdle, hopefully overlapping somewhere in the middle for maximum coverage and slimming effect. Then bra cups were developed with a fine layer of foam bonded to the lace fabric giving it more form and retaining the cup’s fashionably ‘pointy’ look. The “Torpedo” look of the 50’s was softened and the padded bra was born. But it was Fredericks of Hollywood who introduced the first “push up bra” in 1948, cheekily named “The Rising Sun”.

In 1964 a Canadian designer called Louise Poirier created the original WonderBra with it’s three part precision angled cups and removable pads called “cookies“. This forerunner for today’s WonderBra “lifted and supported the bust to create a dramatic cleavage”. But the 60’s also brought the rise of the feminist movement promoting the burning of bras and the popularity of waif like models such as Twiggy, leading to bra designs that were as unobtrusive and discreet as possible (Warner’s 1969 “Invisible Bra”). That natural look continued throughout the 70’s, and era during which even nipple protrusion was viewed as normal.

Meanwhile the WonderBra soldiered on with modest but unspectacular success. In the early 1990’s demand suddenly intensified, breasts were in again and women were looking at every single push up and plunge bra on the market. Bras were booming and the industry leaped to new levels in the quest for cleavage using water, air and silicone pads, anything to boost the bust. We have all kinds of foam innovations and bonding techniques today that make our bras almost unrecognizable from their predecessors.

Other images from my own collection 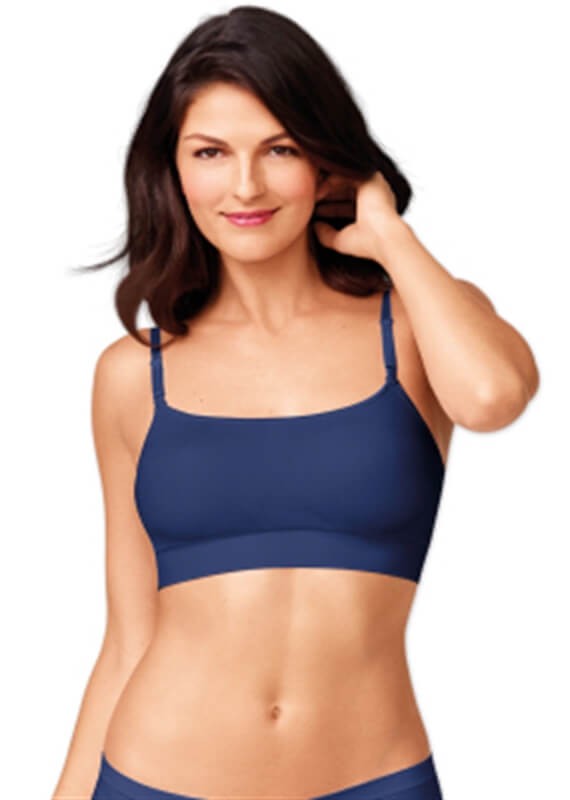