With the end of Paris Fashion Week, the international fall collections have come to a close.  Unfortunately, the latter half of the collections were overshadowed by the John Galliano scandal, and his subsequent dismissal from Dior.  That being said, there were lots of great styles worth mentioning as we look to next autumn.

Here are my top five trend picks from the fall 2011 runways.

There was an overall hard-edged look to many styles for autumn; clothes were structured, very fitted, and often inspired by the rigorous tailoring of menswear. Black was everywhere: in somber woolens at Chanel, slick leathers at Alexander Wang, and even some latex at Marc Jacobs.  His Louis Vuitton collection was the most fetishy of all; inspired by the kinky film The Night Porter, the show featured silhouettes combining maids and military uniforms.

Sexiness was definitely a trend across the board, and what better way to be seductive than to show some skin! At Givenchy models paraded in black sheer blouses with severe and modern black bras underneath. Dolce & Gabbana, the kings of lingerie dressing, presented several dresses with strategically placed sheer lace panels, and lacy bras peeking out of necklines.  Finally, Stella McCartney’s collection included fabulous sheer dresses and jumpsuits adorned with embroidered polka-dots.  Lace, chiffons, organzas, and nets were all seen on the runways. 3. Animalism

Many designers were tapping into their wild side for fall. Prada showed a beastly collection; dresses and coats were adorned with wild, colorful furs and large, fish scale-like paillettes.  Several Alexander McQueen ensembles were adorned with white ostrich feathers, while one lavender dress was crafted from strips of lavender chiffon distressed to give a feathery texture.  Animal prints were everywhere; from panther heads on Givenchy dresses, to tiger at Dolce & Gabbana, and snakeskin at Gucci and Chloe.

Designers have been feeling retro moments for quite a while now, and fall 2011 was no exception. Miu Miu’s feminine collection, for example, was like stepping into the pages of a World War II era Vogue magazine.  Marc Jacobs, a lover of all things vintage, chose to focus on the late fifties, with his girls in prim berets and tightly fitted hourglass silhouettes.  Many other decades were referenced as well such as Gucci’s seventies homage, and Rodarte’s Edwardian farm girls.

In stark contrast to all of the black, many designers chose to show silhouettes cut in brilliant, jeweled colors, especially a rich jade green (seen at Gucci, Pucci, Givenchy, Proenza Schouler, and Louis Vuitton).  Saturated and rich color is definitely in; think magentas, reds, yellows, and dark purple.

What did you think of the fall collections?  Any likes or dislikes?  Please feel free to comment, or email me at alexiswalker@nowthatslingerie.com

All images taken from www.style.com 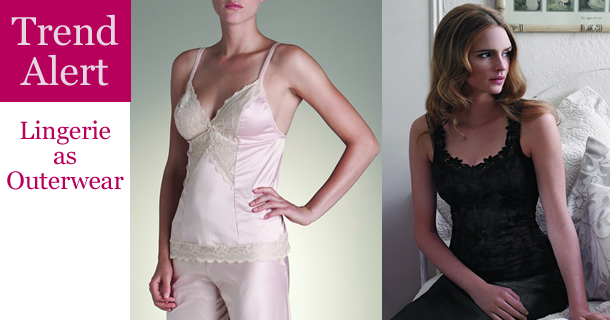 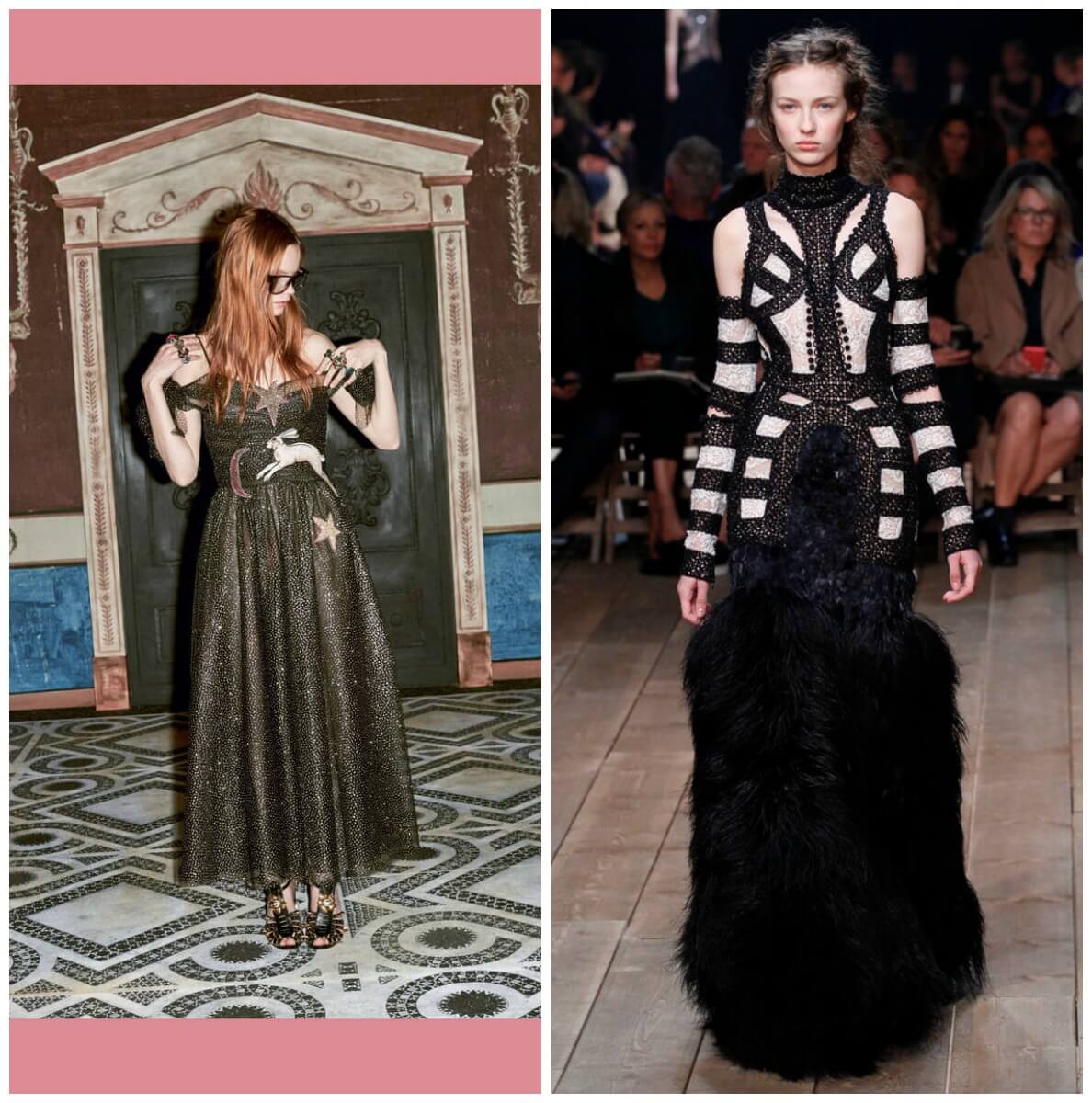 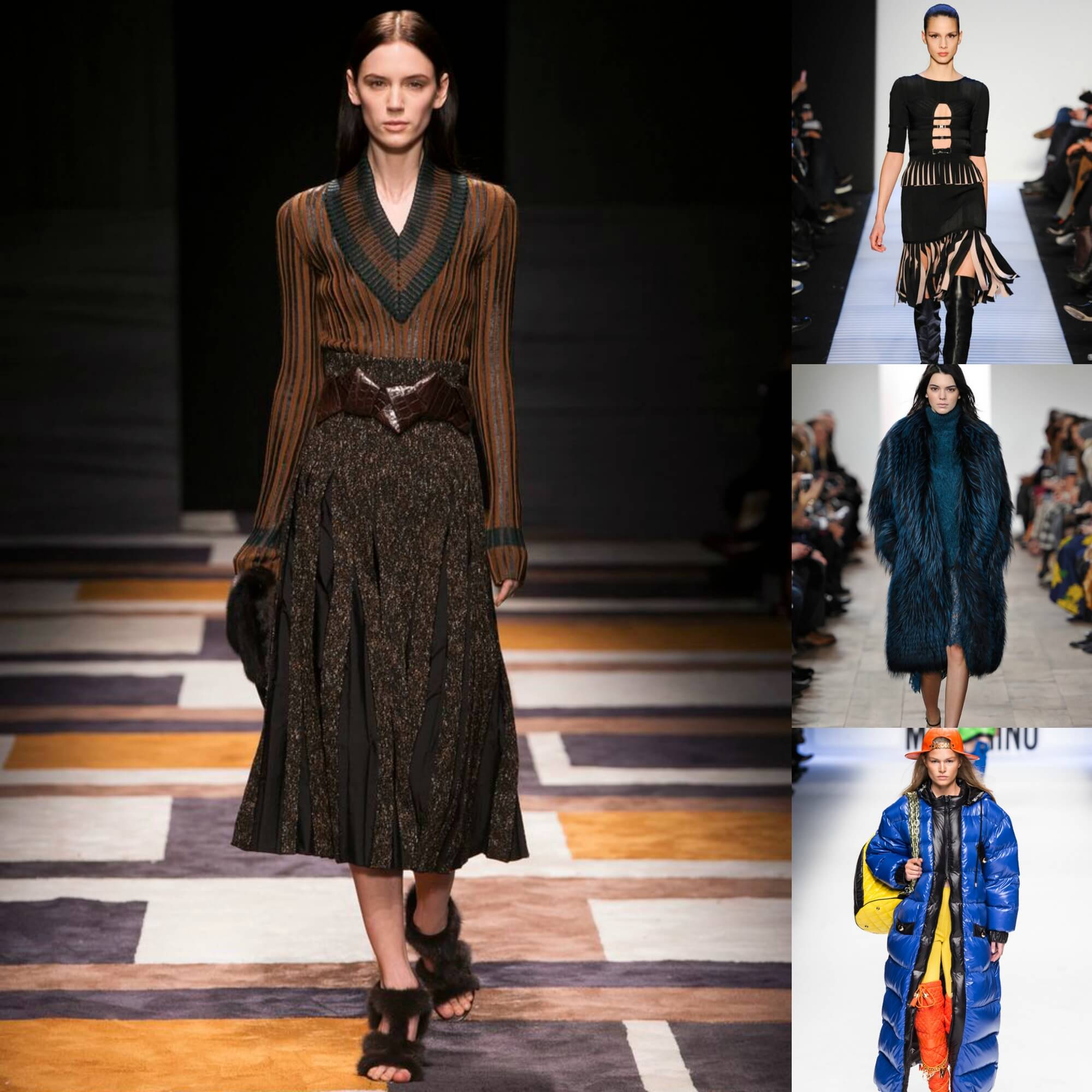